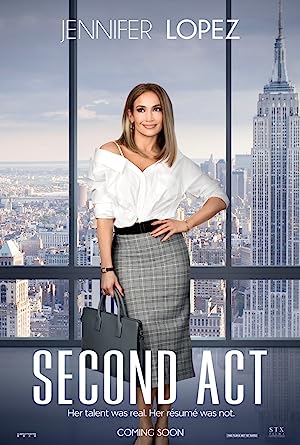 A big box store worker reinvents her life and her life-story and shows Madison Avenue what street smarts can do.

TAGLINE: "Her talent was real. Her résumé was not."